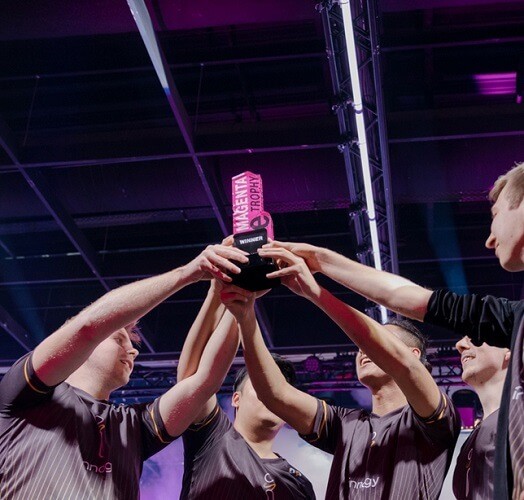 Gamescom is the world’s largest trade fair for computer and video games. Deutsche Telekom presented our award-winning showcases, among other things, on site. In addition, we designed and produced target group-relevant, 360° content relating to the Magenta eTrophy tournament. The highlights of the final games were shown in Magenta Virtual Reality. Would you like to be there too, standing on stage next to the pros and looking right at their fingers? Then let Influencer Izzy take you.

He looks behind the scenes, accompanies the pro gamers as they prepare and takes you and his 1.3 million followers with him in virtual reality, on stage, to the winners. This is how emotionally charged, branded entertainment works in VR.

A COMPANY OF
BRANDGALAXY GROUP